On Plutocracy and the crisis of Democracy 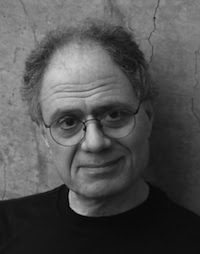 
"The first illusion to kill on the way to self-government is professionalism. Currently, the profession of legislators is getting re-elected. Estimates I have seen of the amount of time legislators spend raising money seem to average around 50 percent."


"Is the present American national legislature an ‘exact transcript of the whole society’? The question invites ridicule. Racially, sexually, economically, and ideologically, the members of Congress more closely resemble the executive ranks of most large corporations, or the membership of most large country clubs, than they do the society as a whole."

"Political messaging in our society is, like commercial messaging, wholly unidirectional. Voters, like consumers, exercise only an unavoidable and irreducible minimum of choice at the very end of a process from which their self-organized and unmanipulated input is entirely absent."

The intent of Agile Democracy is indeed to get rid of professional legislators, and to propose a way to define laws by an exact transcript of the whole society. A legislature by the people.