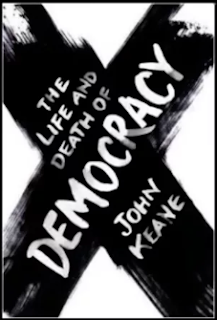 Huxley and the Agile Democracy

You've surely read Brave New World, but do you know about Brave New World Revisited published 27 years later? Here is how this content is related to the Agile Democracy (special mention to Michael Krieger).

"Under a dictatorship the Big Business, made possible by advancing technology and the consequent ruin of Little Business, is controlled by the State -that is to say, by a small group of party leaders and the soldiers, policemen and civil servants who carry out their orders.
...

It is in the social sphere, in the realm of politics and economics, that the Will to Order becomes really dangerous. Here the theoretical reduction of unmanageable multiplicity to comprehensible unity becomes the practical reduction of human diversity to subhuman uniformity, of freedom to servitude.
In politics the equivalent of a fully developed scientific theory or philosophical system is a totalitarian dictatorship.
In economics, the equivalent of a beautifully composed work of art is the smoothly running factory in which the workers are perfectly adjusted to the machines.
The Will to Order can make tyrants out of those who merely aspire to clear up a mess. The beauty of tidiness is used as a justification for despotism.

Organization is indispensable; for liberty arises and has meaning only within a self-regulating community of freely cooperating individuals. But, though indispensable, organization can also be fatal. Too much organization transforms men and women into automata, suffocates the creative spirit and abolishes the very possibility of freedom.
...
However hard they try, men cannot create a social organism, they can only create an organization. In the process of trying to create an organism they will merely create a totalitarian despotism.
...
Given a fair chance, human beings can govern themselves, and govern themselves better, though perhaps with less mechanical efficiency, than they can be governed by “authorities independent of their will”. Given a fair chance, I repeat; for the fair chance is an indispensable prerequisite. No people that passes abruptly from a state of subservience under the rule of a despot to the completely unfamiliar state of political independence can be said to have a fair chance of making democratic institutions work.
...
“[Political] parties,” we were told in 1956 by the editor of a leading business journal, “will merchandize their candidates and issues by the same methods that business had developed to sell goods. These include scientific selection of appeals and planned repetition"…The political merchandisers appeal only to the weakness of voters, never to their potential strength. They make no attempt to educate the masses into becoming fit for self-government, they are content merely to manipulate and exploit them.
...
Freedom is therefore a great good, tolerance a great virtue and regimentation a great misfortune.

The genetic standardization of individuals is still impossible; but Big Government and Big Business already posses, or will very soon possess, all the techniques for mind-manipulation described in Brave New World, along with others of which I was too unimaginative to dream. Lacking the ability to impose genetic uniformity upon embryos, the rulers of tomorrow’s over-populated and over-organized world will try to impose social and cultural uniformity upon adults and their children. To achieve this end, the will (unless prevented) make use of all the mind-manipulating techniques at their disposal and will not hesitate to reinforce these methods of non-rational persuasion by economic coercion and threats of physical violence. If this kind of tyranny is to be avoided, we must begin without delay to educate ourselves and of children for freedom and self-government.
...
Under the relentless thrust of accelerating over-population and increasing over-organization, and by means of ever more effective methods of mind-manipulation, the democracies will change their nature; the quaint old forms —elections, parliaments, Supreme Courts and all the rest— will remain. The underlying substance will be a new kind of non-violent totalitarianism. All the traditional names, all the hallowed slogans will remain exactly what they were in the good old days. Democracy and freedom will be the theme of every broadcast and editorial —but Democracy and freedom in a strictly Pickwickian sense. Meanwhile the ruling oligarchy and its highly trained elite of soldiers, policemen, thought-manufacturers and mind-manipulators will quietly run the show as they see fit.

Or take the right to vote. In principle, it is a great privilege. In practice, as recent history has repeatedly shown, the right to vote, by itself, is no guarantee of liberty.Therefore, if you wish to avoid dictatorship by referendum, break up modern society’s merely functional collectives into self-governing, voluntarily co-operating groups, capable of functioning outside the bureaucratic systems of Big Business and Big Government."

In short: the Manifesto for Agile Democracy is an innovative proposition for such self-governing, voluntarily co-operating groups. 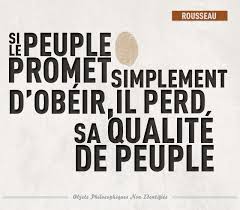