Mathew Lowry asks me some interesting questions about the Manifesto for Agile Development of Democracy (#MDAD). Thanks for that ! Here are my answers :

“ It leaves me perplexed for two reasons.


To begin with, you claim it values “Individuals and their discussions … democracy and citizenship … Collaboration with the citizens” and so on more than anything else. But was it actually created through a democratic, collaborative process with citizens, or just dreamt up by you in your bedroom?”

Firstly : the origin of the idea comes from my own experience as citizen activism with NewropMag team, my experience about how to introduce agile practices into complex organizations, and previous work. And I give in the first sentence the link for detailed explanations (in French : you have to use Google translate, sorry) why this MDAD proposition is not Utopia, nor even Realistic Utopia : De l’utopie réaliste à l’anticipation politique. BTW, you seem to be sarcastic when you use the verb “dream”, don’t you ?

Secondly : the Manifest is not in its final version ! You should have noticed the “v20111210” version number and the CC licence. This manifesto is intended to be improved using the same principles described in the manifesto : “eat your own dog food” recipe is very efficient for improvement. So if you like to contribute (or even fork), please do !

Secondly, I use Agile development at work to build opensource websites, and I don’t really see the link between it and your Manifesto. You use some agile language when you talk about optimizing for democracy (“policies with high added value for democracy … Agile political processes harness change for the citizen’s advantage … Define evolution of a real democracy with a frequency of several weeks”).

Why would you think building software is fundamentally different than building anything else ? I had the luck in my life to work in very different domains and to study even more ones, and by essence they are all the same : what is important is not what you are building, but the team who is building. The relations between the people. The stronger you can make them, the better the result will be.

Looks to the Agile Manifesto for Software Development. What did they say ? Exactly that. And they have defined principles to optimize these relations.

Now looks to public policies. It is another name for “defining rules to better live together”. Doesn’t it look similar to defining the correct software requirements ? So why some Agile principles would not be a relevant answer to optimize the way they are defined ? I’m quite sure they are.

However, you don’t propose any indicators, nor measurement methods, nor arbitrators. Who is the client? Who is the project manager?

I could have proposed some of them, it’s pretty easy when you have accepted in your mind the underlying logic. But firstly I think the process to define MUST be fully collaborative, and secondly it is a goal for the second part of the story. The first part if to have this Manifesto improved, translated then signed by as many people as possible, who will agree to sign a few sentences they can quickly understand and approved (nothing is hidden in the middle of hundreds or thousands of pages).

And most important, this MDAD Manifesto does not deal with a single one set of democratic processes : like with software development, many different Agile methods can be defined and used : all are different by some aspects, but all are Agile if they respect the Agile Manifesto principles. None are systematically better than any other. It is the same for democratic processes. Do not start by thinking a single one democratic process "one size fits all" is the obvious way. It is not. That's why we need to define upfront common principles at a upper conceptual layer. Theses principles can then be realized (implemented) differently within different contexts, allowing more efficiency, and more opportunities for people to adopt the principles. It worked like this for Agile Manifesto and changed the way almost all new software is done on earth. KISS recipe at work.

Do you think your remark is relevant when you decided to sign the Agile Manifesto for Software Development (you said you are using Agile methodology in your development work) ? Of course not.

But if you want to proceed even further, here is the mapping I created between software development roles and roles in an Agile Democracy, and between activities :

"Your manifesto’d be hijacked by undemocratic interests in months, if not weeks."

To my mind, undemocratic interests are only moving in reactive mode. They simply ignore what they cannot see. They will be interested in MDAD only when it will be a success, means too late. And before that day, what hijack can they do with just an idea and a text under CC licence ?

Mathew, I hope you can participate and improve this MDAD initiative. Just by asking more questions if you wish.

Manifesto for Agile Development of Democracy

"We are uncovering better ways of improving or expanding the practice of democracy and citizenship by doing it and helping others do it.

Through this work and citizen engagement we have come to value :
In other words, although there is value in the later part of each sentence, we appreciate more the former. "

Read "Why this Manifesto for Agile Development of Democracy and the 12 Principles behind it."

Magazine of Political Anticipation #4 : To anticipate is to foresee in order to act

Because public speaking is a political act, and because the citizens' initiative of the Magazine of Political Anticipation responds appropriately and in an innovative way to the challenges of our time, you will be really interested in the newly published MAP #4, freely downloadable.

EDITO- To anticipate is to foresee in order to act (p.2)

NEW GOVERNANCE - Towards a trans- European referendum on the issues of new governance ? (p.9)


The political anticipation on the issue of democratic governance in Euroland is particularly crucial for all European citizens who are concerned about their future security.

Young European, this content is about you and your future !


Magazine of Political Anticipation, Summer 2011, special Young Europeans : "Europe 2030... After the babyboomers"
* The decade from 2020 to 2030: welcome to the World Afterwards… the babyboomers ! by Franck Biancheri
* Young Europeans: a generation in search of a collective destiny somewhere between heroism and depression
* 2011-2020: Managing professional and social parity in Europe
* The “death of Bin Laden”, a black hole in the anticipation world
* The new European energy model out to 2030
* Running into a BRICS world 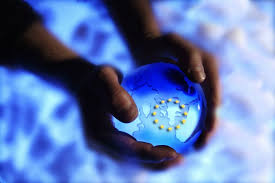 Panels : Six key reforms for a democratic governance of Euroland

After the electoral success of "True Finns”, the disputes about refugees from North Africa, the questioning of "Schengen" by the Danish government, the violent protests in Greece, the rise of the youth in Spain and the growing grumbling on the Euro: even obtuse people now realize that the work of the century, the European integration, is likely to collapse if the "true Europeans" - which must also be "true democrats" - do not take finally the bull by the horns.
EU, or at least its most integrated structure “Euroland”, need today critical thinking, courage and energy of involvement, in short, political commitment and takeover from its citizens.
Changes can only come from Europeans themselves who recognize that Euroland is their chance in the modern world and assert firmly their political involvement at the Euroland level.
Euroland has no future if its citizens are not big part of those who invent this future. These citizens, the young generations, are already in the streets in Spain, Portugal, Ireland, Greece, Germany, France, Italy...
claiming for real democracy inside Euroland, the right to defend their rights, their values, and above all their future completely messed up by the crisis and the lack of vision of Euroland leaders. Young and older generations have to work together and implement the tools for a real true democratic Euroland, which
can guarantee a better future for the ones and respect the aspirations of the others. Thus we call for the implementation of a trans-generational Euroland-pact, or the gap will not only accelerate between citizens and institutions but also between generations.
The first congress of the "Euroland Democratic Front" organised by NewropMag will try to launch beneath other initiatives a first discussion on six key reforms which are essential for 300 million “Eurolanders” to take a grip. Six panels structure the debates in which everyone is invited to have his say and develop brand new
proposals to shape the democratic future of Euroland governance. The main topics are introduced by the panellists guiding open debates with the attendance.
The debates will be relayed via internet (video streaming of the debates), and aims to help 300 million citizens of Euroland to finally grasp of the issues that concern them all.
We share the same money, we share the same crisis, we share the same austerity... so join and share your visions and values: real democracy, intragenerational pact, Schengen, immigration, after Fukushima, global crisis and international relations, rationalisation, understanding and control...
Be part of  participants to shape the future democratic governance of Euroland. Paris 2nd & 3rd July 2011. 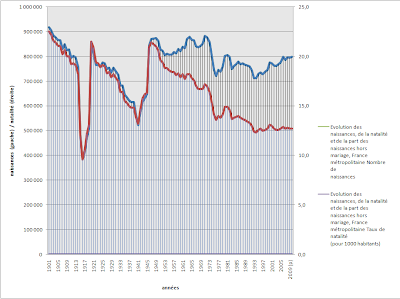